To use a paintball gun, ensure that you have the proper safety equipment, including a mask and goggles. Next, load the paintballs into the gun’s hopper. Once the gun is loaded, cock the gun by pulling back on the handle. To fire the gun, squeeze the trigger, and the balls fly out of the barrel.

How to load a paintball gun

Loading a paintball gun depends on which type it is. Mag-fed guns feed paintballs through a magazine below the barrel. Gravity hoppers are on top of the barrel and load paintballs through a valve every time the gun fires, and you may have to cock the gun to load it. Electronic guns use a circuit board to control the loading and firing of the gun. All paintball guns use an air tank of compressed air or co2, releasing gas into the barrel and propelling the balls out of the marker.

First, screw the CO2 or compressed air tank into a paintball gun. Next, insert a paintball into the loading chamber and cock the gun. Finally, pull the trigger to release the paintball.

How to operate a paintball gun

To operate a paintball gun, first, ensure that there is paint in the hopper and that the gun has sufficient CO2 or compressed air in the tank. Next, cock the gun by pulling back on the bolt handle. Then, aim the paintball gun at your target and squeeze the trigger to fire.

Where can I use my paintball gun?

Paintball guns are used on paintball fields or venues, and you may use them to practice in your backyard or at a paintball course. Many regions have regulations on using or carrying paintball guns in public, so check your local laws and regulations to ensure you are not breaking any rules.

Paintball guns are used by players in the sport of paintball and by police and military forces for practice and training. Corporations also use paintball guns for team-building exercises.

How to Use a Paintball Gun Step By Step

You will also need to insert AA or AAA batteries for electronic markers.

Basics of Aiming with a Paintball Gun

Best Way to Aim a Paintball

There are a few things to keep in mind when aiming a paintball gun:

Aim With Both Eyes Open

Aiming with both eyes is the #1 tip to improve as a beginner.

When you aim with both eyes open, you can target the player faster and increase your accuracy. Paintball shooting is more accurate when one eye is closed, but it is harder to adjust to the target. When you fire with both eyes, you can see the target and the field better and make adjustments more easily.

How to Properly Hold Your Paintball Gun for Accuracy

To ensure maximum accuracy when shooting a paintball gun, the player must first understand how to hold the gun properly. The paintball gun should be held with both hands, with the dominant hand holding the grip and trigger and the other hand supporting the barrel. The player should then place their shoulder against the back of the gun to support it. Sighting down the barrel, the player should align their target with the front sight on the gun. Once the target is in view, the player can begin firing.

However, before firing, it is essential to make sure that the paintball gun is adjusted correctly. It can affect accuracy if the gun is too light or too heavy. Additionally, if the air pressure is not set correctly, it can also impact the shots’ accuracy. Players should also be aware of their shooting style and ensure they are consistent in their aim and trigger pull. Beginners may find it helpful to practice with an unloaded gun first to get a feel for how they should hold it before adding paint and air pressure.

A good shooting stance is vital for any player who wants to increase their accuracy and performance while playing paintball. It helps if you position your shoulders so they are squared off with the target, with the paintball gun pointing in the same direction as the player’s eyes. The player’s feet should be shoulder-width apart and turned slightly outward, and the knees should be slightly bent. This position will help the player maintain accuracy and perform well during the game.

Shooting at targets is an integral part of becoming a good paintball player. By practicing shooting, you can improve your accuracy and learn to hit your target in different positions.

One way to practice your shooting is to set up a target (or multiple targets) and shoot at it from different positions. You can also use a paintball gun to shoot at a target, which will help you get a feel for how the gun fires and how to aim it accurately.

Another way to practice your shooting is to play against another player, which will help you learn how to shoot quickly and accurately under pressure.

Whatever method you choose, practicing your shooting is essential to becoming a better paintball player.

Pump-action markers are more difficult to use than other marker types, as they require two hands – one on the pump and the other on the trigger – while most other marker types allow for single-handed operation.

Pump actions offer an advantage over semi-automatic and fully automatic markers because they are cheaper and less vulnerable to malfunction. Pump actions are also less likely to fire if there is a misfeed, which can frequently occur with high-capacity magazines and fast-shooting paintball guns.

Different guns shooting paintballs at the same speed will not result in different distances traveled, as they are all governed by the same laws of physics. The only way to change this would be to change how the paintball is shot from the gun.

To improve shooting distance, manufacturers have experimented with adding grooves to the barrel (rifling), which would force the bullet to spin. However, experiments have proved that groves are ineffective, as deep enough tracks to make the ball spin would also cause the paintball to break inside the barrel.

One way to improve your shooting distance is to change the shape of the paintball. Rounds shaped more like a bullet with fins will spin as it flies through the air, allowing the paintball only to shoot one way through the barrel. Engineers could also increase the shooting range by making the nose more brittle. The downside of these approaches is that the paintballs are hard to manufacture, and playing paintball becomes even more expensive.

Read more in this series about paintball guns:

how to make a paintball gun

how much do paintball guns cost?

is a paintball gun considered a firearm?

how far can a paintball gun shoot?

can you use pepper balls in a paintball gun? 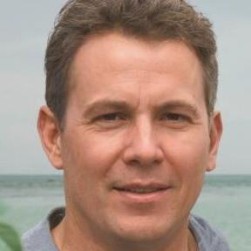 Old-school paintballer for more than a decade. I'm an energy engineer and a volunteer social worker. I love the thrill of paintball and testing and reviewing new equipment and technology.